Rangers loanee George Edmundson has been able to fulfil a career wish with his transfer to Derby County in the English Championship, the second tier of club football in England. George Edmundson had a wish of working with Manchester United legend Wayne Rooney and he has been able to fulfill that wish courtesy his move to Derby County. Ex-Everton and Manchester United player Wayne Rooney is the Derby County manager these days and he has been able to steer the Rams away from the dreaded relegation zone in the English Championship. Under Wayne Rooney, Derby County have won their last two games in the league and that has taken the team six points clear of the drop zone on the Championship table. Wayne Rooney took over from Dutchman Philip Cocu at the end of last year with the team at the foot of the table but the Rams have been able to move away from the bottom places and are looking upwards at the moment towards the midtable part of the table. Derby County are in 17th place on the Championship standings after the recent wins over Middlesbrough and Wycombe Wanderers. 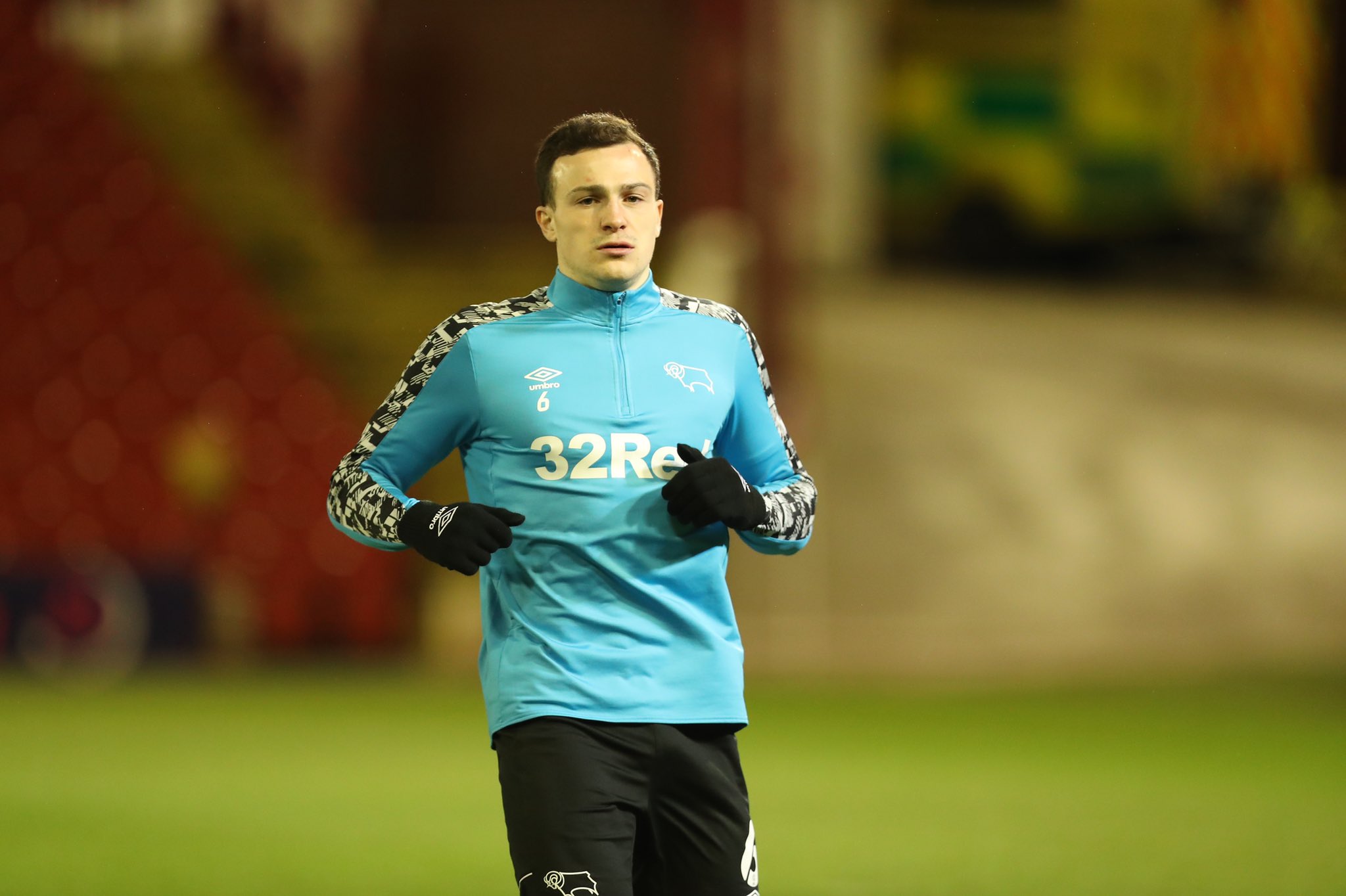 Derby County defender George Edmundson joined the Rams on loan from Rangers in the Scottish Premiership on deadline day of the winter transfer window last month and he has been able to fulfil his long-term wish of working with Wayne Rooney as revealed by the 23-year-old centre back in a chat with the Derby County website. He had a first half of the season to forget at Rangers but he has found a new lease of life under Rooney.  George Edmundson saw his gametime badly affected at Rangers with the arrival of Leon Balogun from Brighton and Hove Albion in the Premier League last summer. He was then banned for seven games for breaking Covid-19 regulations only for him to suffer an injury on his return to the team.