Tottenham Hotspur striker Harry Kane has closed the gap on Wayne Rooney in his quest to break the record for the most goals in a Three Lions of England shirt. He was able to move closer to Rooney after netting a late equaliser in the 1-1 draw with rivals Germany in the UEFA Nations League. Germany and England have been drawn in the same group alongside Hungary and reigning European champions Italy. They have all been drawn in Group A3. 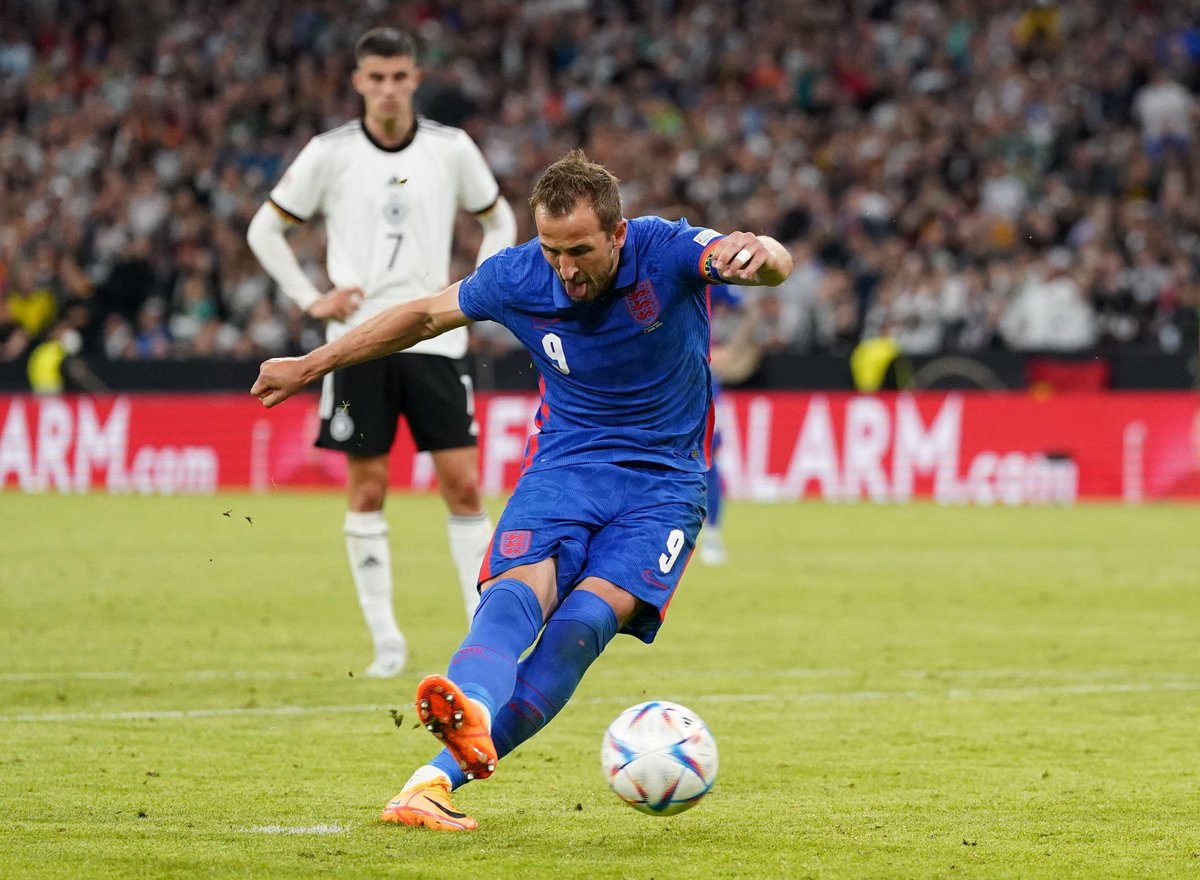 Spurs star Kane was vocal about scoring the goals needed to overtake Wayne Rooney as the highest goalscorer for England during the pre-match press conference ahead of his team’s Group A3 opener with hosts Hungary in Budapest. The England skipper was unable to add to his tally of 49 goals as England lost 1-0 to Hungary thus failing to live up to their status. RB Leipzig midfielder Dominik Szoboszlai scored the winning goal for the Hungarians in the second half to condemn Kane and his teammates to an unlikely defeat. Szoboszlai scored the only goal of the game midway into the second half.

Kane was not on target during the Hungary game, but he was able to hit the back of the net during the second Group A3 game for his team. He scored from the spot kick with two minutes left to cancel out the opening goal from Borussia Moenchengladbach star Jonas Hofmann for hosts Germany. Hofmann gave the Germans the lead five minutes into the second half off the assist from Bayern Munich star Joshua Kimmich. Kane levelled the game for The Three Lions late in the game after he was tripped by new Borussia Dortmund player Nico Schlotterbeck via a VAR review.

With his late penalty against Germany, Kane is now within three goals of Wayne Rooney. He is the second player to score 50 goals for England. The Spurs hitman needs four more goals to replace Rooney as the all-time leading goalscorer for England.