Manchester United played yet another draw when they clashed with Swansea City in the Premier League. Wayne Rooney was handed a rare start but he failed to inspire the team to success. 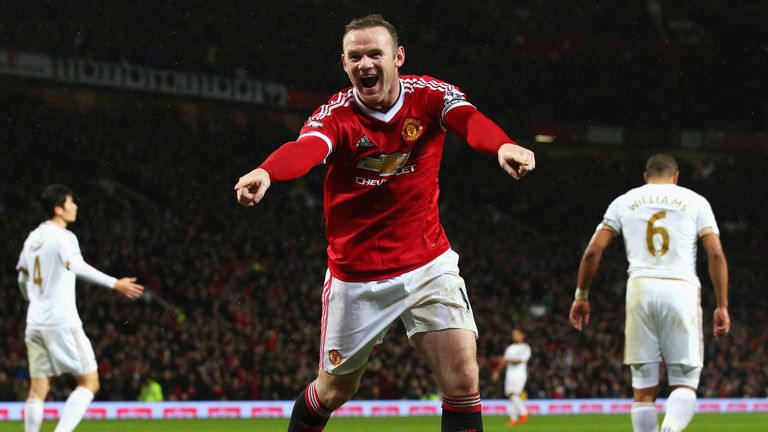 Rooney, 31, has scored seven times this season and the skipper insists that he has a part to play in the team experience-wise but we did not get much of a feel of it when they hosted the Swans.

With Zlatan Ibrahimovic sidelined, Marcus Rashford led the attack. Rooney was the man in front of the midfield but he failed to help the attack, touching the ball just three times in the penalty area of the opponents in the first 80 minutes.

Rashford was accused of diving as Swansea goalkeeper Lukas Fabianski came out to stop his attempt. As the keeper lunged forward, the striker fell to the ground too easy with no or minimal contact. The referee, who had limited view of the whole incidence, being behind, ruled in favour of a penalty kick which Rooney converted. The all-time goalscorer for the club became the first Red Devils star to score 20 Premier League penalty kicks.

Rooney had a goal bound effort blocked by Anthony Martial. It could have sealed the game for United but the visitors later restored parity through Gylfi Sigurdsson. Sigurdsson earned Paul Clement’s relegation-threatened side a pointas he sent a brilliant free kick that left David De Gea stunned.

Rooney was the man that caused the foul that led to the equalizer. Mourinho wasted no time in pulling him out as United sought for a winner. HenrikhMkhitaryan came on Seattle Football but it was too late.

United have planned games against CeltaVigo in the last four of the Europa League and Premier League fixtures against Arsenal and Tottenham in forthcoming matches.